Design makes the world go round

When Magnus Oliveira Andersson applied for his first internship in industrial design, he barely knew what it was he was applying for. But pure curiosity goes a long way. Over twenty years later, he’s managed to design everything from trucks and boats, to furniture and home electronics; he’s won awards and started up the Toyota Material Handling Design Center. Experiences that come in handy as a jury member for the Toyota Logistic Design Competition.

We meet in Linköping, on the upper floor of the central station. Magnus is right in the middle of planning his, and his family’s, temporary move to Bologna, where he will set up a design center on Toyota’s behalf.

“There’s a lot going on right now with the move, especially when you have two small kids. Before, I used to have a lot more time for my own design projects before; boats, furniture, electronics… now there isn’t really time for all of that. But I do love sitting with my children and drawing with them,” he says with a smile. “It’s wonderful to see them so free in their creativity.”

Magnus revealed that it was in his own childhood days that the seed was sown for his future profession. “When I was a kid, I wanted to be a carpenter, and later, an architect. I studied construction with the idea that I could pursue this itch for architecture afterwards.”

Turned out it was easier said than done. “When I finished with my studies, the construction industry was in a rough patch, and after applying for more than one hundred internships without any luck, I gave up. But by chance, I happened to read about an industrial design office in the newspaper. I didn’t even know what industrial design was back then.”

But curiosity came calling and Magnus answered; he contacted the office immediately and asked if they would consider taking on a trainee. “I knew a bit about AutoCAD, which wasn’t so common at the time. I think that had a large part in me getting my foot in the door.”

And once he was on the inside, Magnus ended up staying with Formtech, as the company was called, for six more years. It was also through his time there that Magnus came into contact with BT, which would later become Toyota Material Handling.

Design makes the world go round

When Magnus arrived at Toyota, he was the only designer, so he ended up in the R&D department to make his start. But after a year, it became obvious to him that that just wouldn’t work. After a little detour in product planning, Magnus got the idea for his own design studio; aka Toyota Material Handling Design Center.

“The idea was that we would be a counterweight to R&D, and we have developed ourselves around that initial intention. Today, we have around ten people in our team and continue to grow, especially within UX/UI. New technology like AR and VR keep evolving, which is affecting how our studio works. It’s become increasingly difficult to predict the needs of today even compared to just ten years ago,” he admits.

“The logistics industry has been quite consistent up until pretty recently, but we need to be able to change and shift our focus faster than ever before.”

Working at a company based in so many different cultures must be challenging. What is it like to work with colleagues in both the US and Japan I wonder?

“We learn a lot from each other, but there are definitely big differences. In the United States, they have a completely different market, where robust, physical controls in the vehicles is key. They almost think that what we’re doing with our design is a bit ridiculous; they want real, ‘rough and tough’ levers” he says with a laugh and continues; “Japan, on the other hand, is even more in another direction, putting a lot of focus on small details.”

Magnus notes further that even though projects are influenced by culture, norms and habits are just as influential.

“In Europe, the platform you stand on in the truck is foldable, while the same platform in the US is always folded down in a fixed position. This means that the vehicles look very different. But we do have something in common, the Scandinavian simplicity, which is also present in Japan. It’s a strong bond.”

Finding a connection design-wise and creating products that the users recognize is becoming more and more important in the logistics industry as a whole.

“It really is about the same user-focus that we’ve had on physical products that now also affects service design. It’s actually the area that’s growing the most. But the design processes within UX come from the old industrial design, so they are much the same.”

What is good design? Dieter Rams acknowledged that “Good design is as little design as possible.” I wonder if Magnus agrees.

“As a kind of general explanation, I think that’s the case. It’s a good motto; if you can simplify and remove something, you should do it. But sometimes certain things are needed because of security reasons or habit. Maybe that’s just function and good design, too, though” he contemplates with consideration.

It’s more about the journey

After chitchatting for a while, we slip into the Toyota Logistic Design Competition. I’m curious about the core idea behind the competition.

“We wanted to build off of the design center work but also recruit new talent,” Magnus replies.

“And it went beyond our expectations. This year, the competition is open to global contributions, whereas we limited it to within Europe previously. One submission from the US was so good that we came up with a special prize just for them,” he says with a laugh. 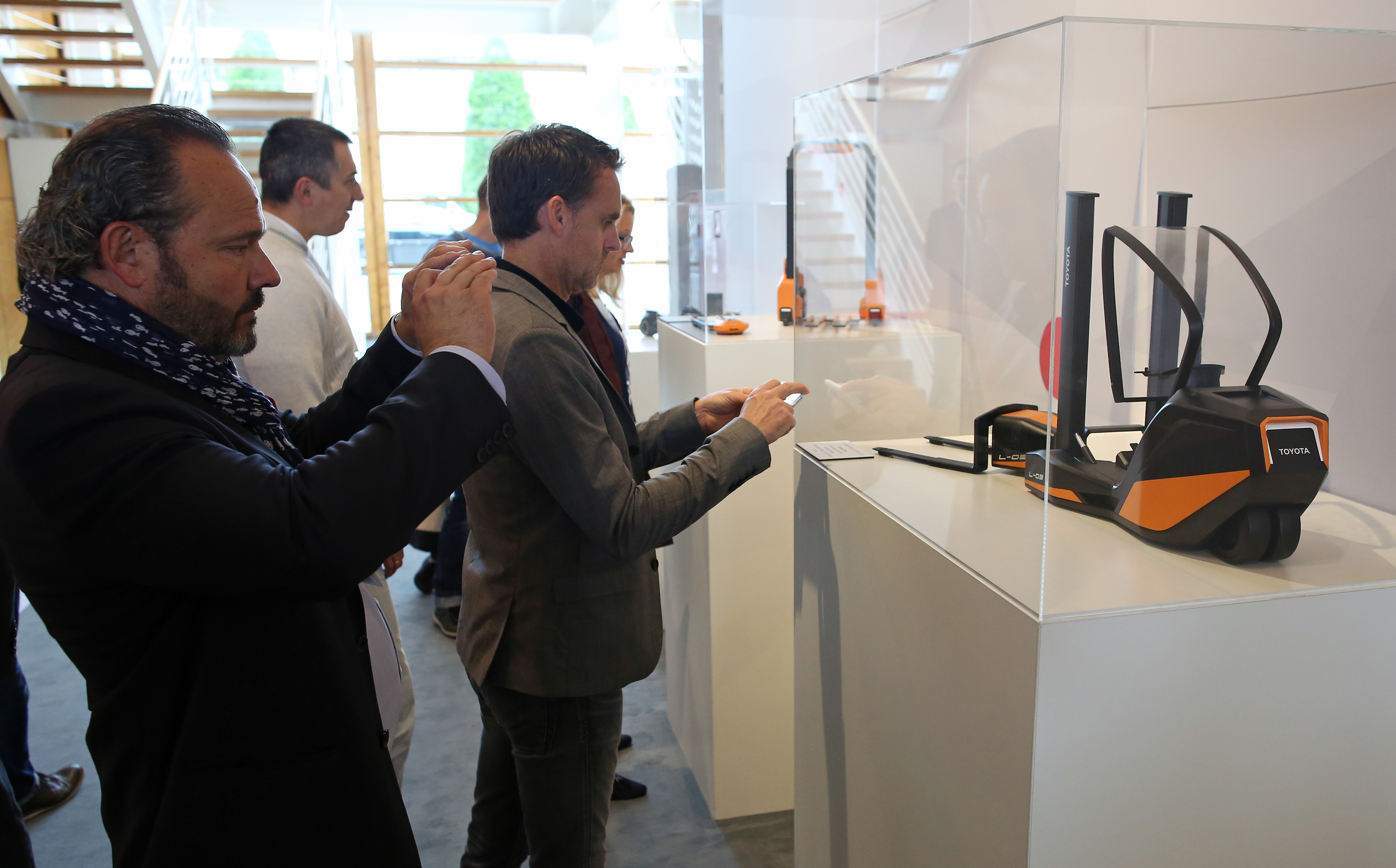 The contributions come mainly from contestants with an education in industrial design, but Magnus is careful to point out that they also encourage students from other programs to apply.

“You can study business, or interaction design, it definitely doesn’t have to be just industrial design. It’s just as exciting for us to see how the groups worked on their entries as it is to see the results of their efforts.”

So, what does Magnus actually want to see in an entry?

“Something that you wouldn’t at all have expected, something a bit crazy yet still realistic. It doesn’t have to be a great sketch or anything, I’m more interested in the unexpected and innovative, something that’s maybe actually quite simple and makes you feel: why don’t we do it this way? The last two competitions have been more about systems than products, participants can question the entire system, or choose a specific part to focus on. I think this raises the level of innovation.”

“What I really want to see is crazy, outside-the-box creativity.”

Inspiration and innovation are often closely intertwined, so I end our conversation by asking Magnus what inspires him right now.

“I’m inspired by everything, on rather unexpected occasions. Right now, I’m in somewhat of an Italy-phase due to the move. There, it’s important that it looks good, the presentation is crucial. And the food, of course. I think it’s cool with layout, how you work with detail in food design. It’s really exciting.”