“Specializing is for insects.”

That was Bella Litinetski’s rapid-fire reply to my question about what she’d ultimately like to design. The 29-year-old product and automotive designer hails from Israel, but now lives on the outskirts of Bologna, in Italy. The reason she upped sticks was her all-consuming passion for motorcycles. “Yes, it was, actually.” Israel doesn’t have much of a motorcycle culture, she explained. “Next year I’m thinking of racing bikes,” she said smilingly.

So, being a one-trick pony certainly isn’t how you’d describe Bella. She thrives on variety: writing about bikes, testing them, sketching, painting, photography, and taking her Suzuki V-Strom 650 for a spin down the twisty road between Bologna and Florence. Oh, yes, she also designs forklifts for Toyota. Nearly forgot.

How did she get started in design, I wanted to know.  Her first endeavour having arrived in Italy, she said, was embarking on a bachelor’s degree in product design at the Bologna Academy of Fine Arts. “I then got an internship at Ducati and could have stayed on there at the motorcycle firm.” But instead she chose to do automotive design – for her master’s – at IAAD Transportation Design, in the Italian carmaker capital of Turin. Career-wise she said “the combination was super-useful for me”.

Neither Ferrari nor Lamborghini.

How did Toyota figure in all of that? I wondered. “That’s a good question, actually”, Bella said. “I had like a year after Turin, where I was kind of searching for what I was going to do…” She found she wasn’t as attracted to automotive design as she had been. “Everybody on the course wanted to design a Ferrari… or a Lamborghini.” But Bella felt like doing something that was more useful than a recreational vehicle. “I wanted to make a contribution where people used the vehicles either for work or some kind of utility setting.”

“Everybody on the course wanted to design a Ferrari… or a Lamborghini.”

And motorbikes, just like those top-of-the-line cars “are the ultimate kind of toy. If you buy a super sports bike, it has no real world application.” Although she’s head over heels in love with motorcycles, she doesn’t think “they contribute to making people’s lives better, in a practical sense”. 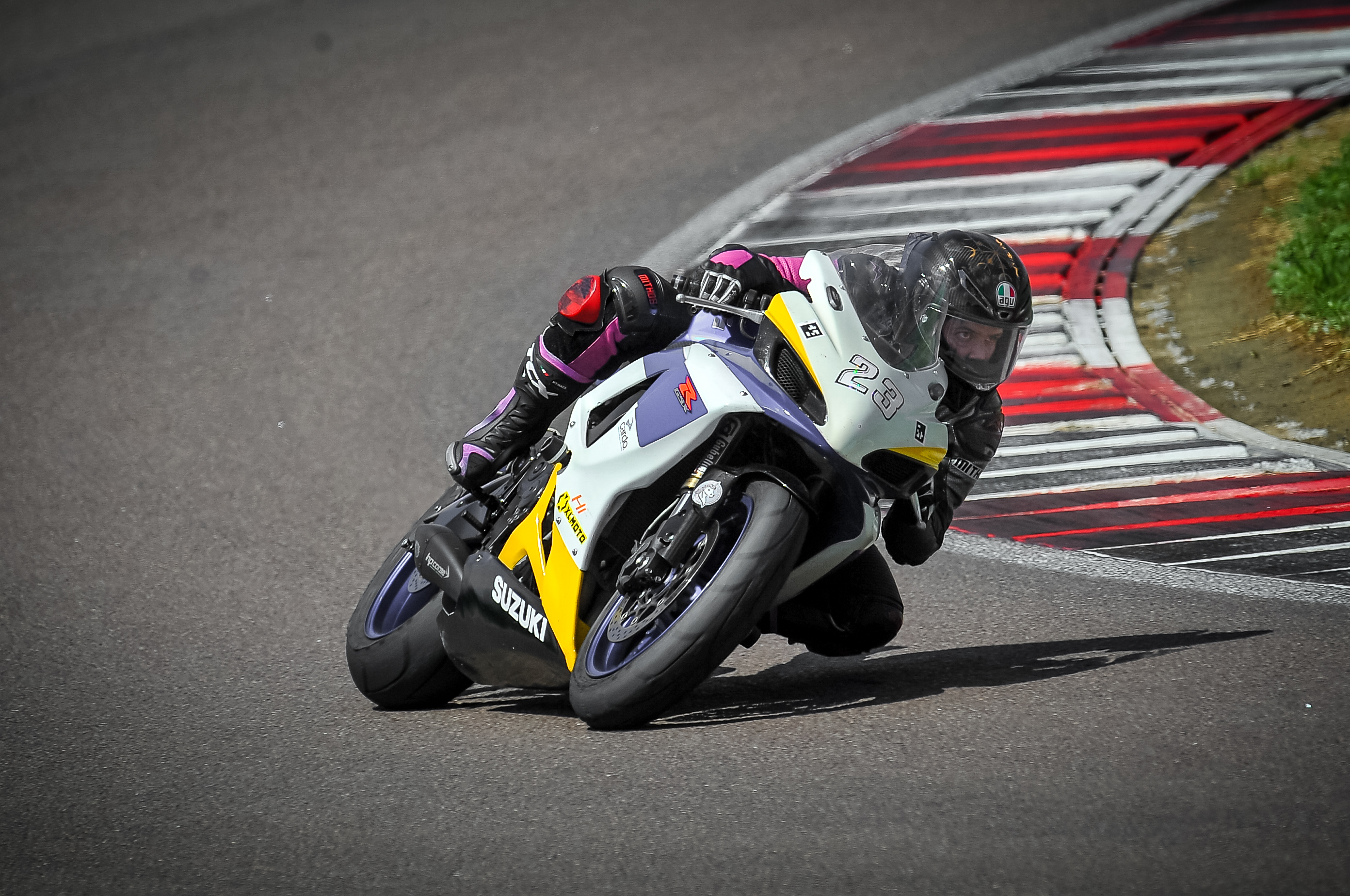 Sketching on paper or by computer?

Bella said she liked both although they’re very different. She said that doing things in two dimensions, like when you sketch on paper, “obviously limits your understanding of the three-dimensional object”. Doing things in 3-D, using a computer, on the other hand, “de-materializes the object”, she said, “and you’re no longer able to experience it in relation to the human body”.

Writing, to Bella, is not dissimilar to design. “It’s like being able to create images with words,” she said. “I like to express myself in whatever it is that I do.” Like that project on customizing a vintage-style Royal Enfield she was recently involved in. Then the Corona virus appeared and the effort had to be put on hold. We spoke briefly about the pandemic which, in Italy, “was greatly underestimated in the beginning”, she said. Much like in many other countries, Bella goes to the office some days in the week, and on other days works from home. 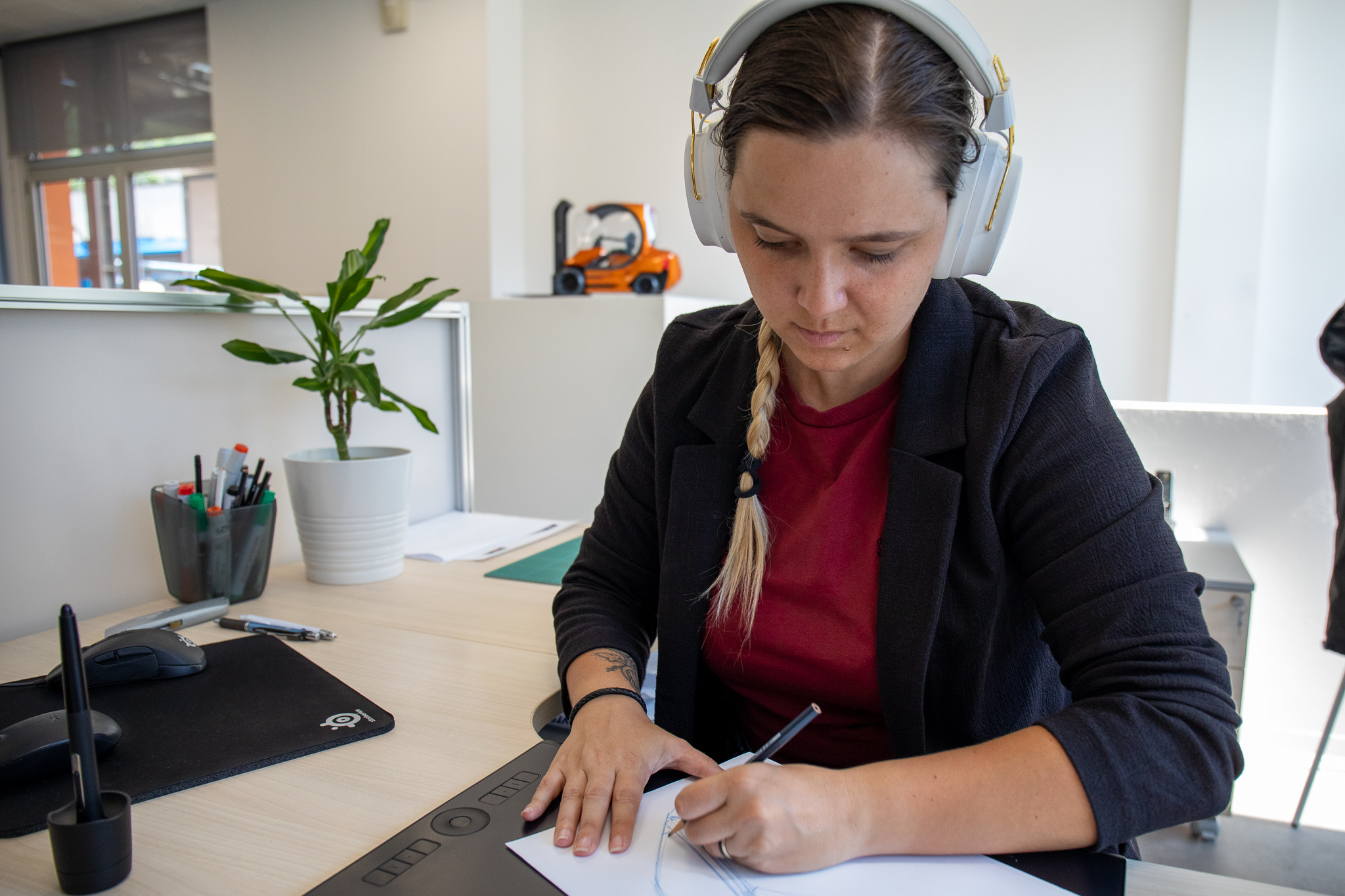 Not one or two, but four!

I wanted to know whether Bella Litinetski found it difficult to adapt to life in Italy, after she left Israel. “Not really,” she said, and explained that she had a facility when it came to learning foreign languages.

Her parents emigrated from the former USSR to Israel, where Bella was born. Her first language was what was spoken at home: Russian. Virtually parallel with that was learning to speak Hebrew, the dominant language in Israel. Whether this bilingual background contributed to her rapidly learning Italian is hard to say.

“We [people] are very much language-based creatures,” she said. “Language is to a large extent the structure of our reality.” But the codes differ, she said. “Saying something in Italian is very different from how you’d say it in English.” English being the fourth language she seemed to have picked up without too much of a struggle.

Just as we were about to terminate the interview, Bella suddenly said: “I have like a phrase running in my head… ‘Do Designers Dream of Electric Forklifts?’” She laughed. The reference may not be known to all, but it’s alluding to Philip K. Dick’s science fiction novel, ‘Do Androids Dream of Electric Sheep?’, published in 1968. Perhaps more people are familiar with ‘Blade Runner’, a cult film classic based on Dick’s novel that came out in 1982.